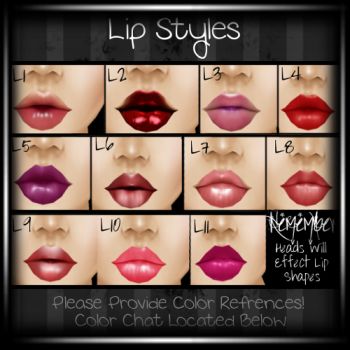 For as long as humans have been able to communicate, they’ve used language to influence one another. Often, these attempts at influence take the form of urging people to live their lives according to a guiding principle or rule of conduct: Try to be a little kinder than is necessary.

Make every effort to do what you are afraid to do.

Be smarter than the people who hire you.

When people state something as a rule, they are suggesting that the principle is an important one. Occasionally, they consider the principle to be so critically important they express it more forcefully, or even unequivocally: Always try to be a little kinder than is necessary.

Always do what you are afraid to do.

Always be smarter than the people who hire you.

When attempts to influence are stated unequivocally, people move from mere suggestion to the more compelling arena of exhortation. The American Heritage

Derived from the Latin exhortor, meaning “to encourage,” the root sense of the term is to urge or spur someone on. Exhortation is the perfect word to describe the three quotations above, each of which is an earnest attempt to persuade people to take a recommended course of action or embrace an idea.

History is also filled with equally strong attempts to discourage people from a certain practice or to dissuade them from a course of action.

Never judge a book by its cover.

Never look a gift horse in the mouth.

Instead of recommending that people do something, these sayings strongly urge people not to do-indeed, never to do-something. What is the proper term for such negatively phrased exhortations?

One obvious candidate, of course, is admonition, which has two meanings:

(2) Cautionary advice or warning. The first meaning shows up, for example, when a teacher admonishes a child for being late to class or a boss admonishes an employee for being careless. It is the second meaning that applies to our current discussion. In a usage note, the editors of the AHD write: Admonish implies the giving of advice or a warning so that a fault can be rectified or a danger avoided.

The term admonition nicely describes each of the three proverbial sayings presented a moment ago. Each one could even be rephrased to emphasize the fault or danger element (as in, “Never make the mistake of judging a book by its cover”). The three following sayings could also be accurately described as admonitions:

Never send a boy to do a man’s job.

Never underestimate the power of a woman.

Never put off till tomorrow what you can do today.

As would these cautionary warnings from influential thinkers in ancient history:

Never travel with a friend who deserts you at the first sign of danger.

Never contract friendship with a man who is not better than thyself.

In a case of dissension, never dare to judge until you have heard the other side.

Never ask the gods for a life set free from grief, but ask for courage that endures long.

While admonition is a perfectly fine term to use when describing strongly worded cautionary warnings, there is another word that is, technically speaking, even more accurate. It is the antonym of exhortation. But unless you have the vocabulary of a five-time Jeopardy! champ or you’re a professor of rhetoric, the word is almost certainly not in your current vocabulary. The exact opposite of exhortation is dehortation.

The Oxford English Dictionary (OED) defines dehortation this way: “The act of dehorting from a course of action; earnest dissuasion.” This doesn’t help very much, but the OED’s entry on dehort makes it clearer: To use exhortation to dissuade from a course or purpose; to advice or counsel against (an action, etc.).

When we exhort people, we’re encouraging them to do something; we’re trying to spur them on. It’s a form of persuasion. When we dehort people, on the other hand, we’re trying to convince people that they should not do something, or maybe even never do it. Dehortation is a form of discouragement or negative persuasion, which is technically called dissuasion. We can summarize it all in an analogy: Exhortation is to dehortation as persuasion is to dissuasion.

I first came across the word dehort a number of years ago while browsing through a fascinating book by David Grambs: The Endangered English Dictionary:

Bodacious Words Your Dictionary Forgot (1994). Grambs is an American writer who actually worked at one of my fantasy jobs: dictionary definer. While in this position for the American Heritage Dictionary and the Random House Dictionary, Grambs became intrigued by the many English words that either fell out of favor or never caught on, even though they perfectly captured some aspect of human life. In his “remembrance of words past,” he wrote a book to serve as “a constant reminder of the words that could have been, that fell through the cracks.” He also hoped that his book would awaken interest in some currently neglected words and possibly inspire readers to make them “a part of our everyday usage.” Among the thousands of words Grambs included in his book was: dehort (dee-hort); to loudly or strongly advise against or dissuade from.

In 2007, I was delighted to see dehort featured in an issue of “A.Word.A.Day” (AWAD), a daily e-mail that I-and over a million other subscribers-looks forward to receiving every day. AWAD was launched in 1994 by Anu Garg, a computer scientist who turned his love for words into one of the Internet’s most dramatic success stories. In 2002, the New York Times described AWAD as “arguably the most welcomed most enduring piece of daily mass e-mail in cyberspace.” Garg defined dehort as “to discourage from doing something.” He then added:  This well-meaning word has gone out of circulation while its antithesis “exhort” continues to prosper. It’s about time to remedy the situation and bring this rather usable word back to currency.